Over the past three decades, Ascent of Tzfat has hosted close to half a million young Jews from Israel and around the world. For many it is their first encounter with their Jewish heritage

If you ever visited the Old City of Tzfat, you probably remember the mystical alleys, the spiritual atmosphere and the smiling people. In the busy flux of Western life and the Israeli fast-paced lifestyle, Tzfat serves as an island of spirituality and relaxation that reminds us to stop for a moment and reconnect to our heart.

At the edge of the city, in a picturesque corner, across from the breathtaking view of Mount Meron, stands the house of Ascent. Passing by it, you can usually see a group of young English speakers or excited soldiers, but you would never guess that, in that small place, pass approximately 50,000 Jewish youngsters from Israel and around the world every year. 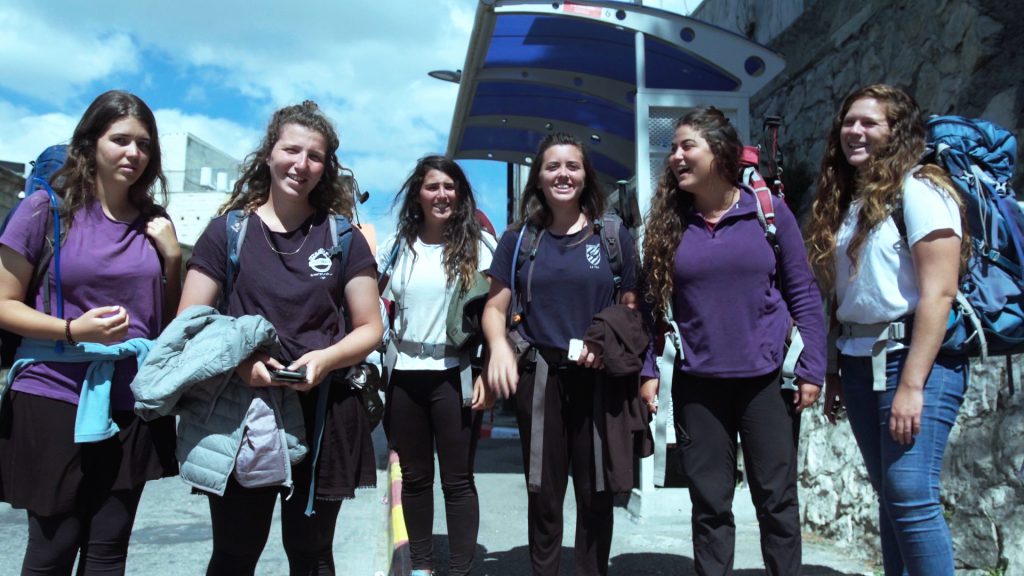 More than a decade ago, I also arrived there as a young student. I was going through a period of self-search, and had just returned from Dharamshala, India to Israel. Stopping for a moment in Tzfat, before the return to the demands of day-to-day life, was important to me. When I searched for a place to stay, I knew that what I need is not only a hostel or boarding house, but a place that is much more than that, a place that is a home.

At Ascent I was reintroduced to Judaism, but not through pages or explanations; rather, through my heart. Through music, meditation, art, breathing exercises, singing and even energetic dancing circles. The study of Kabbala opened me up to a deeper Judaism than just a book of rules. The people who stayed with me at Ascent were very different from each other, but no one demanded that we unite in a single direction. On the contrary, the atmosphere in Ascent almost forced you to follow your own special way.

From Woodstock to the alleys of Tzfat

A short Google search on the history of Ascent Institute reveals the special atmosphere of the place. Ascent was established in 1983 by Rabbis Shaul Leiter and Yerachmiel Tilles. Rabbi Leiter made Aliyah after an interesting life story that includes participation in Woodstock, and Rabbi Tilles arrived at Ascent after volunteering in Thailand.

Together, they established Ascent, which emphasizes the Jewish experience and Kabbala study, and, since then, it became a place where hundreds of thousands of youngsters from Israel and around the world come to find meaning. Over the last 36 years, 460,000 people have passed through the walls of Ascent's modest house, which comes close to half a million.

"In Tzfat, a deep quiet can be felt, says Rabbi Leiter, and it touches a person's soul. We open a door to that, to a different Jewish world, to a worldview of inner contemplation. Tzfat is a place where you can reach places inside yourself within minutes, which takes days or even months elsewhere".

Half a million hearts beat
Many years must have passed since I arrived at Ascent, and the type of visitors who come is no longer only hikers or self-searching youngsters. At Ascent, every week, there are groups of IDF officers who are brought by the Education Corps, groups of Jewish youngsters who come from all over the world through Birthright, groups of hikers along the Israeli National Trail, student organizations, the Ministry of Tourism, the Ministry of Defense, and many more. 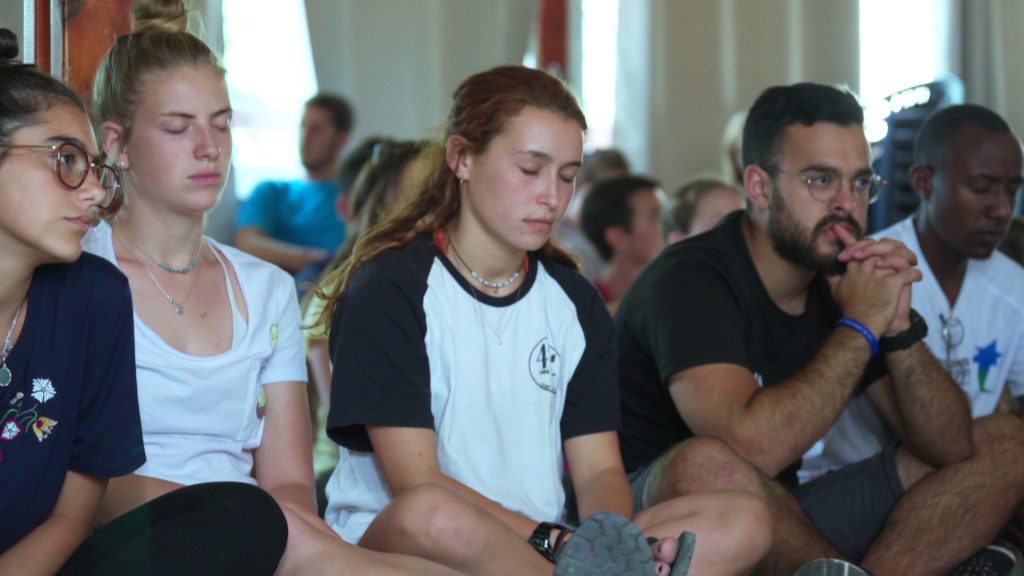 "To be honest, I was never at a place where I could go through a spiritual experience," admits one participant in the weekend workshop. Another participant says, "This is my first time in Israel," and a third one adds, while making Shabbat Challahs, "You leave here as a different person, a person who loves Israel and the Jewish people.

The activities at Ascent include various workshops on Kabbalistic art, Jewish music, hikes in nature that incorporate meditation and inner contemplation, Challah-baking workshops, candle making, and many more, in Hebrew, English, Russian, French and Spanish.

"We have one purpose – to touch people's hearts," says Dan Marans, one of the directors at Ascent, "many Jewish youngsters live in a disconnected and alienated digital world, and Ascent helps them to reconnect to their past, to themselves, to their families and to the Jewish people. Over the past years, we touched almost half a million hearts; our vision for the next decade is to double our activity and reach a million young Jews". 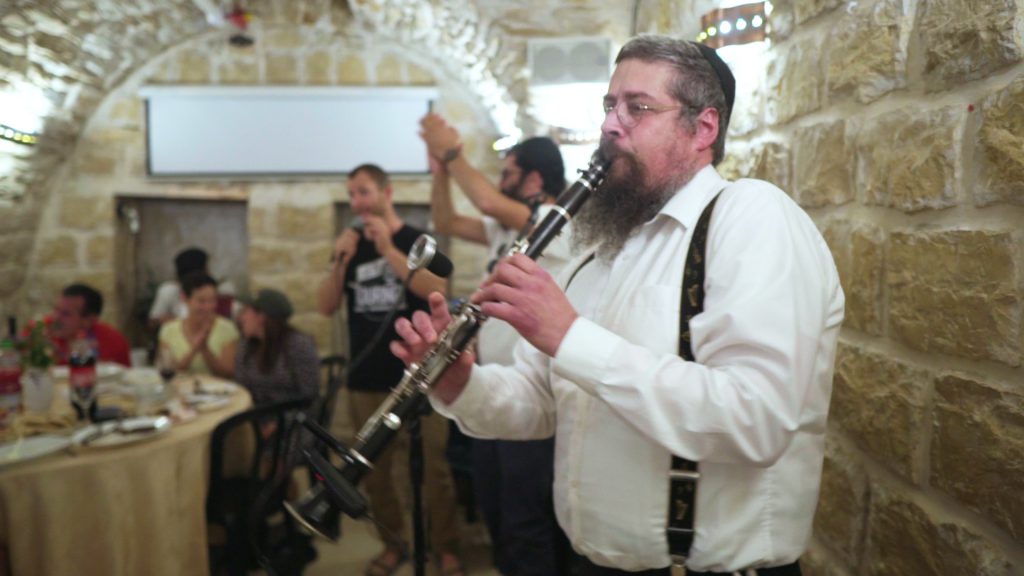 Open the door, and we'll open the hearts
What didn't change during all those years when I didn't visit Ascent is the old stone structure, which had been the first hotel in Tzfat and was built on the ruins of an ancient building. The workshops are still wonderful, but the place is too small for the large number of people who come. Now the target is to thoroughly renovate the place, in order to make room for everyone.
This includes renovating 40 guest rooms, providing accessibility for people with disabilities and expanding the rooms used for workshops and the public area.

To reach this vision, the management at Ascent decided to turn to their alumni over the years and also to people who don't know the place but believe in the importance of creating a Jewish experience for youngsters from all over the world. They are asking for help to grow, renovate and expand the place in order to reach more people and host
visiting groups in a respectful manner. 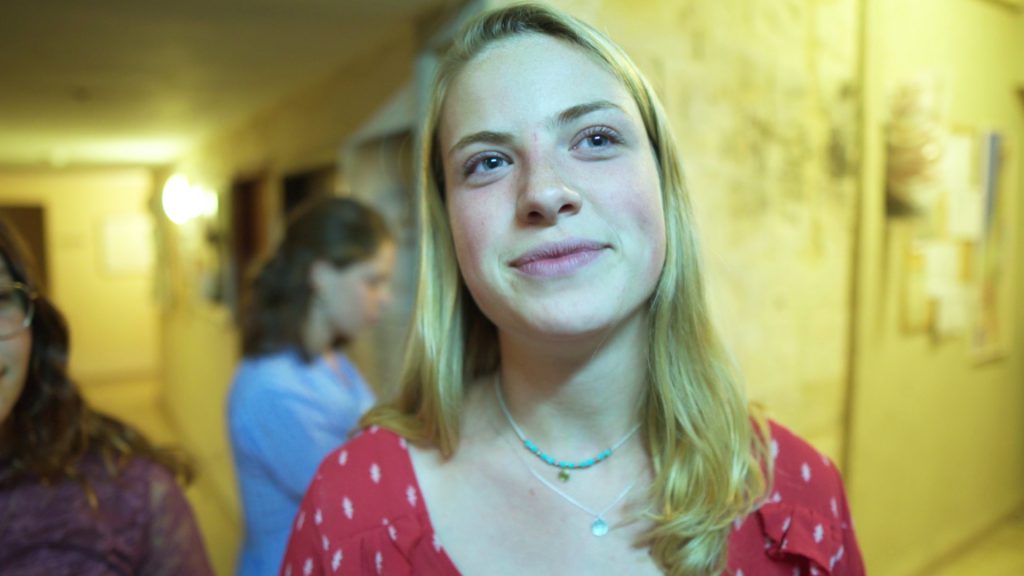 The way to success goes through the special crowdfunding campaign that was launched for this important mission, and it is called "Touching a Million Hearts". Each USD or NIS that is donated will help Ascent to open the hearts of more youngsters and help them connect to themselves and to their nation.

"Open the door" is the campaign slogan, "we will open the hearts." 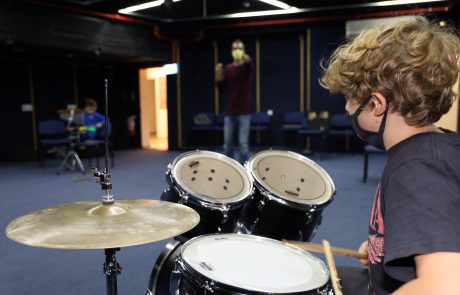 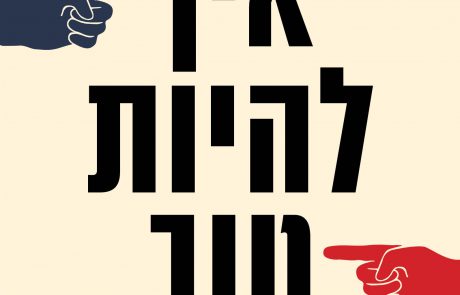